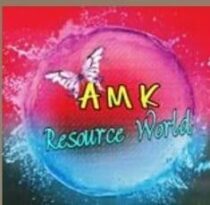 SSLC Mathematics text book is in accordance with NCERT Text Book, the text book is designed as per NCF 2005 and its main objective is to encourage children to reflect on their own learning and to pursue imaginative activities and questions, Mathematics is considered as the sole base for framing of Questions to Evaluate Students Performance in Public Exams, the problems framed here are according the psychological standards of the Students, They have been provided with Step to Step guide in Solving Mathematics Problems specially the Work Examples, For Every Chapter in Mathematics text book the Formulae been highlighted and definitions are been simplified so that mere reading a student can understand the concepts

National Focus Group on Teaching of Mathematics gave its  report in 2005, which highlighted a constructivist approach to the teaching and learning of mathematics, The language used in the Mathematics book, including that for ‘word problems’, is clear, simple and unambiguous, For each and Every concept suitable number of Problems been given to make understand the concept with clarity