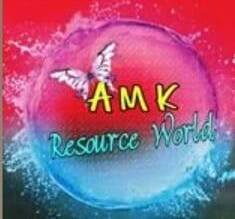 Due to upsurge in daily COVID 19 cases, to control the spike the Karnataka State Government has announced New guidelines with strict measures in the districts with more COVID 19 cases till 20th April 2021,

The Classes for students of 6th to 9th std are suspended with immediate effect, however the classes for 10th to 12th std will continue but attendance is not mandatory

All other Classes in Higher Education and Professional courses been discontinued except for the Board exams and Medical education classes,

There is no provision to offer prayers in groups in Religious places, The places like gym, party halls, clubs, swimming pools are closed in Apartments,

All kinds of Rallies, Strike are prohibited, All Gyms and Swimming pools are closed, The number of passengers on public transports should not exceed the fixed seating arrangement,

The Maximum number of customers in pubs, bars, clubs and restaurants should not exceed 50% at Mysore, Kalaburgi, Dakshina Kannada, Udupi, Bidar and Dharwad districts, including Bangalore City,

In the wake of upsurge in daily cases crossing 4000 mark and most of the cases being recorded in Bengaluru,

Karnataka State Primary and Secondary Education Minister S Suresh Kumar said in the interest of Health of the Students after consulting with Karnataka Chief Minister B S Yeddyyurappa a decision been taken to close the schools for the students of class 6 to 9 in Bengaluru,

The decision been taken as health of children is prime importance, same being informed to all the Schools in Bengaluru.

He added that in State there will be No Lockdown, No Nigh Curfew will be imposed, new revised strict guidelines will be published this evening,

Schools from class 1 to 9 have announced closure in Bangalore to control upsurge in cases,

He further added a new roadmap will be released this evening, the tough Rules are being implemented in accordance with the Central Government guidelines.

It will be presented on 3rd May, along with the National Film Awards, for more details CLICK HERE

The platform seeks to invite suggestions from the stakeholders for preparing draft for development of National Professional Standards for Teachers (NPST) and National Mission for Mentoring Program membership (NMM).

Due to rise in daily COVID 19 cases in the state, Karnataka Primary and Secondary Education Minister S Suresh Kumar announced that with immediate effect the Schools for the students of class 6 to 9 in Bangalore are closed until further orders,

However the classes for the students of class 10 to 12 will be held but attendance been not made compulsory,

In the meanwhile in other parts of the state Except Bangalore the Schools for the students of class 6 to 9 will remain open, the decision regarding it will be taken in near future.

In the wake of spike in daily COVID 19 cases, the Schools in Karnataka State for the students of class 1 to 5 have remained Closed since March 2020, however radio programme is broadcast daily for students of Class 1 to 5,

Earlier the State Government had announced that the students will be promoted to next class only after conducting an Examination, but as every day rise in COVID 19 cases,

It is being said the State Government and Department of Public Instruction are contemplating a plan to get pass students of 1 to 5 without any Exams and Conduct an Evaluation for students of 6 to 8 without any Written Exam, for Class 9 to held a Multiple Choice based Examination, the orders related to it are likely to be announced shortly.

Karnataka Minister of Youth Empowerment and Sports, Dr Narayana Gowda announced that in all the Schools NSS unit should be compulsorily started,

Speaking at the Vikasasudha, Minister Narayana Gowda said that the National Service Scheme Unit should be made mandatory in every school in the state.

The department officials concerned should take necessary steps to establish NSS Unit in all the Schools.

With the rise in temperature, as per the sources it is being said the Department of Public Instruction, Karnataka is contemplating a plan to declare Summer Holidays for the Students of Class 1 to 9 in month of May 2021,

In the wake of ongoing COVID 19 pandemic the Schools had a delayed start, Hence Exams were not been held as being conducted every year in the Month of March and declare results in April,

This year it been planned in May – June, But rise in the temperature and students finding difficulty there is possibility that changes in current academic year will be announced shortly.

The duration of programme is 2.5 months, it will provide the top three individual developers or teams, an opportunity to build their ideas into reality along with a monthly grant Rs 50,000 per team from the company,

However the selection will be done based on the application submission by each applicant that addresses some problem that they personally relate to or want to solve for the people around them through their fintech solution, for more details and apply CLICK HERE

In the wake of ongoing COVID 19 pandemic, the classes for the students of Class 1 to 5 have not yet been started in Karnataka,

However the Online Classes being conducted by the Private Schools and Radio Programme is being broadcast daily for the Government School Students, But major question arise is how to evaluate the students learning for the academic year 2020 – 21,

Private Schools are making arrangements to make Evaluation of students of class 1 to 5 on the basis of Online learning but conducting Evaluation of Government School students is a big challenge to Department of Education,

In the meanwhile the Government has announced that Exams will be held for the students of class 1 to 9,

V Anbukumar Commissioner, Department of Public Instruction said the discussion is under process to design a strategy to Evaluate students of class 1 to 5, decision will be announced shortly.