Best Foods to Boost Your Brain and Memory

When people talk about brain foods, fatty fish is often at the top of the list.

This type of fish includes salmon, trout and sardines, which are all rich sources of omega-3 fatty acids

About 60% of your brain is made of fat, and half of that fat is the omega-3 kind

Your brain uses omega-3s to build brain and nerve cells, and these fats are essential for learning and memory

Omega 3-s also have a couple additional benefits for your brain.

For one thing, they may slow age-related mental decline and help ward off Alzheimer’s disease

On the flip side, not getting enough omega-3s is linked to learning impairments, as well as depression

In general, eating fish seems to have positive health benefits.

One study found that people who ate baked or broiled fish regularly had more gray matter in their brains. Gray matter contains most of the nerve cells that control decision making, memory and emotion

Overall, fatty fish is an excellent choice for brain health.

SUMMARY:Fatty fish is a rich source of omega-3s, a major building block of the brain. Omega-3s play a role in sharpening memory and improving mood, as well as protecting your brain against decline.

If coffee is the highlight of your morning, you’ll be glad to hear that it’s good for you.

The caffeine in coffee has a number of positive effects on the brain, including

Drinking coffee over the long term is also linked to a reduced risk of neurological diseases, such as Parkinson’s and Alzheimer’s

SUMMARY:Coffee can help boost alertness and mood. It may also offer some protection against Alzheimer’s, thanks to its caffeine and antioxidants.

Blueberries provide numerous health benefits, including some that are specifically for your brain.

Blueberries and other deeply colored berries deliver anthocyanins, a group of plant compounds with anti-inflammatory and antioxidant effects

Antioxidants act against both oxidative stress and inflammation, conditions that may contribute to brain aging and neurodegenerative diseases

Try sprinkling them on your breakfast cereal or adding them to a smoothie.

SUMMARY:Blueberries are packed with antioxidants that may delay brain aging and improve memory.

Turmeric has generated a lot of buzz recently.

This deep-yellow spice is a key ingredient in curry powder and has a number of benefits for the brain.

Curcumin, the active ingredient in turmeric, has been shown to cross the blood-brain barrier, meaning it can directly enter the brain and benefit the cells there

It’s a potent antioxidant and anti-inflammatory compound that has been linked to the following brain benefits:

To reap the benefits of curcumin, try cooking with curry powder, adding turmeric to potato dishes to turn them golden or making turmeric tea.

SUMMARY:Turmeric and its active compound curcumin have strong anti-inflammatory and antioxidant benefits, which help the brain. In research, it has reduced symptoms of depression and Alzheimer’s disease.

Broccoli is packed with powerful plant compounds, including antioxidants

This fat-soluble vitamin is essential for forming sphingolipids, a type of fat that’s densely packed into brain cells

Beyond vitamin K, broccoli contains a number of compounds that give it anti-inflammatory and antioxidant effects, which may help protect the brain against damage

SUMMARY:Broccoli contains a number of compounds that have powerful antioxidant and anti-inflammatory effects, including vitamin K.

Each of these nutrients is important for brain health:

SUMMARY:Pumpkin seeds are rich in many micronutrients that are important for brain function, including copper, iron, magnesium and zinc.

Dark chocolate and cocoa powder are packed with a few brain-boosting compounds, including flavonoids, caffeine and antioxidants.

Flavonoids are a group of antioxidant plant compounds.

The flavonoids in chocolate gather in the areas of the brain that deal with learning and memory. Researchers say these compounds may enhance memory and also help slow down age-related mental decline

In fact, a number of studies back this up

In one study including over 900 people, those who ate chocolate more frequently performed better in a series of mental tasks, including some involving memory, than those who rarely ate it

Chocolate is also a legitimate mood booster, according to research.

However, it’s still not clear whether that’s because of compounds in the chocolate, or simply because the yummy flavor makes people happy

SUMMARY:The flavonoids in chocolate may help protect the brain. Studies have suggested that eating chocolate could boost both memory and mood.

Also, another large study found that women who ate nuts regularly over the course of several years had a sharper memory, compared to those who didn’t eat nuts

Several nutrients in nuts, such as healthy fats, antioxidants and vitamin E, may explain their brain-health benefits

While all nuts are good for your brain, walnuts may have an extra edge, since they also deliver omega-3 fatty acids

Doing so is important for brain health, since vitamin C is a key factor in preventing mental decline

Eating sufficient amounts of vitamin C-rich foods can protect against age-related mental decline and Alzheimer’s disease, according to a 2014 review article

Vitamin C is a powerful antioxidant that helps fight off the free radicals that can damage brain cells. Plus, vitamin C supports brain health as you age

You can also get excellent amounts of vitamin C from bell peppers, guava, kiwi, tomatoes and strawberries

SUMMARY:Oranges and other foods that are high in vitamin C can help defend your brain against damage from free radicals.

Eggs are a good source of several nutrients tied to brain health, including vitamins B6 and B12, folate and choline

Choline is an important micronutrient that your body uses to create acetylcholine, a neurotransmitter that helps regulate mood and memory

Nevertheless, many people don’t get enough choline in their diet.

Eating eggs is an easy way to get choline, given that egg yolks are among the most concentrated sources of this nutrient.

Furthermore, the B vitamins have several roles in brain health.

To start, they may help slow the progression of mental decline in the elderly

Also, being deficient in two types of B vitamins — folate and B12 — has been linked to depression

It’s worth noting that there’s very little direct research on the link between eating eggs and brain health. However, there is research to support the brain-boosting benefits of the nutrients found in eggs.

SUMMARY:Eggs are a rich source of several B vitamins and choline, which are important for proper brain functioning and development, as well as regulating mood.

As is the case with coffee, the caffeine in green tea boosts brain function.

In fact, it has been found to improve alertness, performance, memory and focus

But green tea also has other components that make it a brain-healthy beverage.

One of them is L-theanine, an amino acid that can cross the blood-brain barrier and increase the activity of the neurotransmitter GABA, which helps reduce anxiety and makes you feel more relaxed

L-theanine also increases the frequency of alpha waves in the brain, which helps you relax without making you feel tired

Plus, green tea has been found to improve memory (79).

SUMMARY:Green tea is an excellent beverage to support your brain. Its caffeine content boosts alertness, while its antioxidants protect the brain and L-theanine helps you relax. 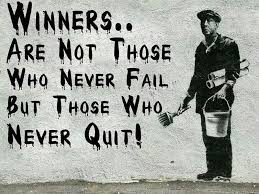