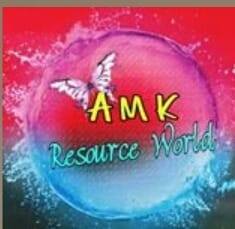 The imaginary sphere on the inner surface of which the celestial bodies appear to attach is called Celestial Sphere, The star nearest to the earth is Sun, The distance of sun from the earth is 5 x 108km, The time taken by a light from the sun to reach the earth is 3min, The mass of the sun is about 2 x 1030Kg, The surface temperature of sun is about 6000K, The total amount of energy radiated by the sun per second is called Solar luminosity, The solar luminosity of Sun is 9 x 1026W, The places in India where the two large telescopes are situated are Udaipur and Kodaikanal, The period of rotation of the sun is 26 days, The direction of rotation of the sun is from West to East,

The grain like pattern found on the photosphere of the sun are called Granulations, The thread like structures found on the surface of the sun are called Spicules, The short outbursts emerging from the solar surface are called Solar flares, The temperature of the region of sunspots is about 4000K, A display of streams of colored light seen in night sky in the polar regions of earth is called Aurora, The source of energy of the sun are Thermonuclear reactions, 1 light year is equal to 1016m, 1 parsec is equal to 26 light years, Stars differ in color due to difference in their temperature, The scale used to express the brightness of stars is Magnitude scale,

The luminosity of star Sirius is 5Lo, The size of stars are determined from their luminosity and temperature, The galaxy next to the Milky way galaxy is Andromeda, The shape of the galaxy Andromeda is Spiral, The number of galaxies estimated to be present in the universe are 1011 million

A month in the Indian lunar calendar system is divided into 2 Pakshas, If the half moon is visible in the Zenith in the morning it will be again visible in the evening in the zenith after 15 days, The phase of half moon is called quarter, The motion of the earth around the sun is called Annual motion, The points where the celestial equator and ecliptic meet are called Equinoxes, The imaginary circle in the sky representing the apparent path of the sun is called Ecliptic, The average distance of the planet Mercury from the sun is 39AU,

The dark irregular patches on the surface of the sun are called Sun spots, The distance traveled by light in one year is called Light year, A system of stars comprising of hundreds or thousands of millions of stars held together by the force of gravity is called Galaxy, The branch of science that deals with the study of universe is called Cosmology, A celestial object in which the escape velocity is greater than the speed of light is called Black hole, The velocity of recession of a celestial body is proportional to its distance from the observer is called Hubble’s law,